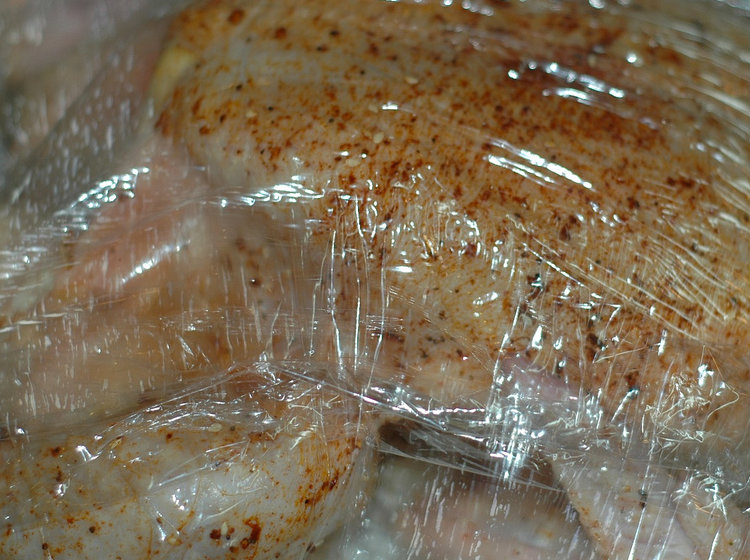 If you look in your kitchen right now you’ll probably find some polymer film. Better known as cling film or food wrap, you may use it every day to preserve food. But what is polymer film and where does it come from?

How does it work and what are its advantages? To answer these questions and more it’s time to take a closer look at polymer film and explore its role in preserving the food in your kitchen.

What is Polymer Film?

Polymer film is made from food grade polymers, which is a type of plastic. You probably know polymer film by its many other names: cling film, cling wrap or food wrap. This thin plastic film is used for sealing food items, often in containers, and is used to keep food fresh. You can find it in every supermarket where it’s sold on a roll, usually packed into a box with a cutting edge.

Where Does It Come From?

Polyethylene, a thermoplastic polymer, was first discovered in 1933 by Ralph Wiley at Dow Chemical. It was originally developed for fighter planes as a protective spray against sea salt. After the Second World War, Dow Chemical refined this spray and developed the compound polyvinylidene chloride (PVC) into a thin plastic wrap.

In 1953, the first commercial form of plastic film used to preserve food was launched called Saran Wrap. Today, many other PVC alternatives have become popular with many brands using low-density polyethylene (LDPE).

How Does it Preserve Food?

Polymer film is commonly used as a form of food packaging to keep your food fresh. It is able to form a tight seal by clinging to itself and the food container. The film keeps your food fresh by protecting it from air.

This stops wet food from losing moisture and prevents dry food from absorbing it. It can also seal in odour, preventing one potentially stinky smell overtaking another food type close by.

What Are The Advantages?

Using polymer film for food preservation has a number of advantages. Firstly, it is transparent, so unlike aluminium foil you don’t have to open it up to see what’s inside. Secondly, it can cling to many different surfaces. Without any adhesives, it remains firmly in place, covering containers to make an airtight seal. Thirdly, compared to alternatives, polymer film products are often less expensive.

How to Use Polymer Film Products:

When using a polymer film product like cling film or plastic wrap, you must use it correctly. Start by checking the description on the product box to see what foods it can be used for.

Always avoid using polymer film near sources of direct heat such as an oven or hob. Nobody wants cling film melted into their food! However, as long as the film does not touch your food, you can use it in the microwave.

Is It Ever Better to Use Aluminium Foil?

Yes and No. For many foods, it doesn’t matter whether you use aluminium foil or polymer film products as either will protect your foods well. In such instances, you should use polymer film as it is usually cheaper and works extremely well. There are however, a few instances when aluminium foil is a better choice.

If, for example, your food needs more protection and will not be carried in a separate container, foil is a better choice. Foil is also the product to be used when wrapping food in an oven or for covering the oven pan.

At Polythene UK, we are passionate about polythene. With over twenty years’ experience and award winning eco-credentials, we can fulfil all your needs. Contact us today to find out how we can help.